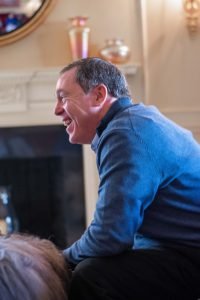 Why I am running for village trustee.

Events over the past few years, have driven home to me that the existing “nonpartisan”  system in Scarsdale, aspirational as the goal may be, is in fact becoming a de facto single party state, in many ways, out of step with the majority of us who spend our time with work and raising families.

The most recent example, and the one which galvanized me to run was the “Freightway Redevelopment proposal” presented December 11.  After years of “discussion” and deliberation, over a few terms of the Village boards we were presented with two final proposals for projects that dwarfed existing structures and would directly create 200-270 apartments in Scarsdale. All for a parking garage.

If it had not been for the appeal by the Voters Choice Party (VCP), many residents would not have known about this “proposal,” and the current Board would not have put it on hold. Many were for the foist time galvanized to express their opinions and there were a number of excellent suggestions, none of which were in favor of the proposals on the table. This again brought home to me how  even after years of deliberation and “engagement” with residents our system was at best tone deaf.

While our current single party consensus system appears to be open on paper, in practice the maze of rules and rigid process is dissuading residents from participating and expressing ideas. Engagement with residents must be done differently, more openly and more congenially..

Like most of us I am concerned that taxes continue to rise pressuring young and old, all while the Village entertains and pursues projects which may change its very nature and burden us further, Freightway is but one example. We are all concerned that the Village center is fading when it should be vibrant, perhaps new voices and views can change that. Decisions today affect what the Village will look like 10 and 20 years from now.

I am not running to “challenge” the system. I am running to improve our lives, with ideas and thoughts from outside the single-party bubble. It is my hope that the current single party system proponents can recognize that there is much that they are missing in their viewpoints, and that they begin to welcome new voices as a healthy democracy does. These voices may well represent the 80+% of us who would like to be heard. I hope that you will vote for me, so i can give that voice to you.

Sean Cohen moved to the USA in 1977 and graduated Scarsdale High School in 1982. He has lived with his wife Shelley and their two children in Scarsdale since 2000.

Sean has served in numerous pro bono and volunteer activities in the U.S. and internationally, including:

Sean has a BA in History and Political Science from Tulane University. He holds a JD from Benjamin N. Cardozo School of Law, Yeshiva University.