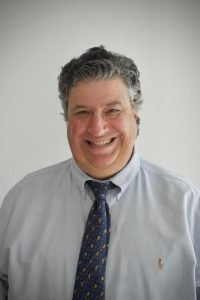 I’m running for Village Trustee, because the Village Board needs new leaders, who embrace open, transparent governance; demand accountability from Village staff; are freely accessible and responsive to residents and their concerns; and have practical real world experience operating successful businesses, which can be put to use in running our Village more efficiently and at lower cost to taxpayers.

The current Village Board and its recent predecessors have operated in a secretive manner, making many important decisions in Executive Session, out of the public eye.  Many of these decisions have had poor outcomes. Just look at the Freightway Redevelopment Project, now on indefinite “pause” after the public outcry over the two unvetted, finalist developers’ proposals for more than 250 multi-family apartment units, which would endanger our schools and our public finances.

I have almost twenty years of committed volunteer civic experience in the Village of Scarsdale.  I have served for 7 years on the Board of Assessment Review, for many years as Crane Berkley neighborhood association President and director, as President of the Scarsdale Forum, along with other officer roles, serving as a member of the Scarsdale Neighborhood Association Presidents (SNAP), and as a Little League coach.  I have worked extensively with most of the senior Village Staff on various important projects and have in-depth knowledge of the Village government.

My professional background as a practicing attorney for the past 36 years, with a quantitative background including an MBA degree from the University of Chicago, coupled with my significant involvement in Village affairs over the past two decades, enables me to provide residents with a unique voice to address the serious issues facing our Village.

Robert Berg and his wife Jill Krutick have lived in Scarsdale for eighteen years. Their two college aged offspring were students in Scarsdale schools. Jill is an artist who exhibits in New York and Miami; previously she was senior vice president in investor relations at Warner Music Group and a managing director in equity research in Citi

Bob has served as a Director and Vice President, of his neighborhood association, Berkley-in-Scarsdale (“Crane Berkley”), and is currently its President.  He has served as a Director, Secretary, Vice President, President, and Executive Committee member of the Scarsdale Forum, and he is presently a Director and Chair of its Assessment Revaluation Committee.  He is a member of SNAP (“Scarsdale Neighborhood Associations Presidents).  He has served as the Vice Chair and the Chair of the Citizens Nominating Committee.  He is a member of the Scarsdale Town Board of Assessment Review, which decides property tax grievances filed by Village property owners.

Bob has been practicing law as a litigator for the past 36 years. He started his career at Skadden Arps, Slate, Meagher & Flom in New York as a member of its Antitrust and Litigation departments.  In 1985, he moved to LeBoeuf, Lamb, Leiby & McRae, another international law firm in New York, where he was a litigator and antitrust counselor. In 1990, he became a plaintiffs’ class action litigator, representing investors in shareholder actions and consumers in consumer fraud, false advertising, and unfair trade practices litigation. He is presently a partner at Denlea & Carton LLP, a boutique law firm in White Plains. He has been a key attorney on many landmark consumer fraud and securities fraud class action cases throughout the nation and has achieved class action settlements, which have recovered over one billion dollars for defrauded consumers and shareholders.

His BA is in Economics and Psychology from Amherst College. He holds a MBA and a JD are from the University of Chicago. As a teenager and in college, he traveled the world playing string and electric bass. He is an avid fisherman and has been known to distribute freshly caught fish to lucky Scarsdalians.